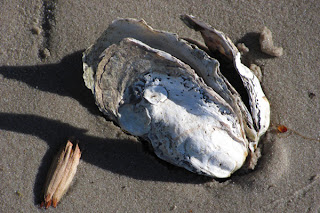 Update Sunday Feb 20: I didn't plan to do any more birding today but there was a figurative storm of birds around or near the bird feeder today.   In 45 minutes I tallied 19 species including Mourning Dove, Red-bellied Woodpecker, Downy Woodpecker, Cardinals, Chickadees, Crow, Robins, Blue Jay, White-throated Sparrows, Mallards, Gulls, Cormorants, Canada Goose, Mockingbirds, Wood Thrush, Kingfisher, Brown-headed Cowbirds (boo!), Red-winged Blackbirds (a flock of 100 swarmed the feeder), and a Ruby-crowned Kinglet (another first for me).   That brought my weekend species count to 25 and monthly species count to 29.
Posted by Rogard at 5:52 PM